Hey friends! As I slowly get ready to leave for Taiwan, I wanted to make a post about the most recent trip I took.  Another one of my friends and I are both leaving to teach English for the year (he’s going to South Korea), so before we all went our separate ways some of my friends and I decided to take a vacation together. A few brainstorming sessions later and we had our tickets booked to Puerto Rico! 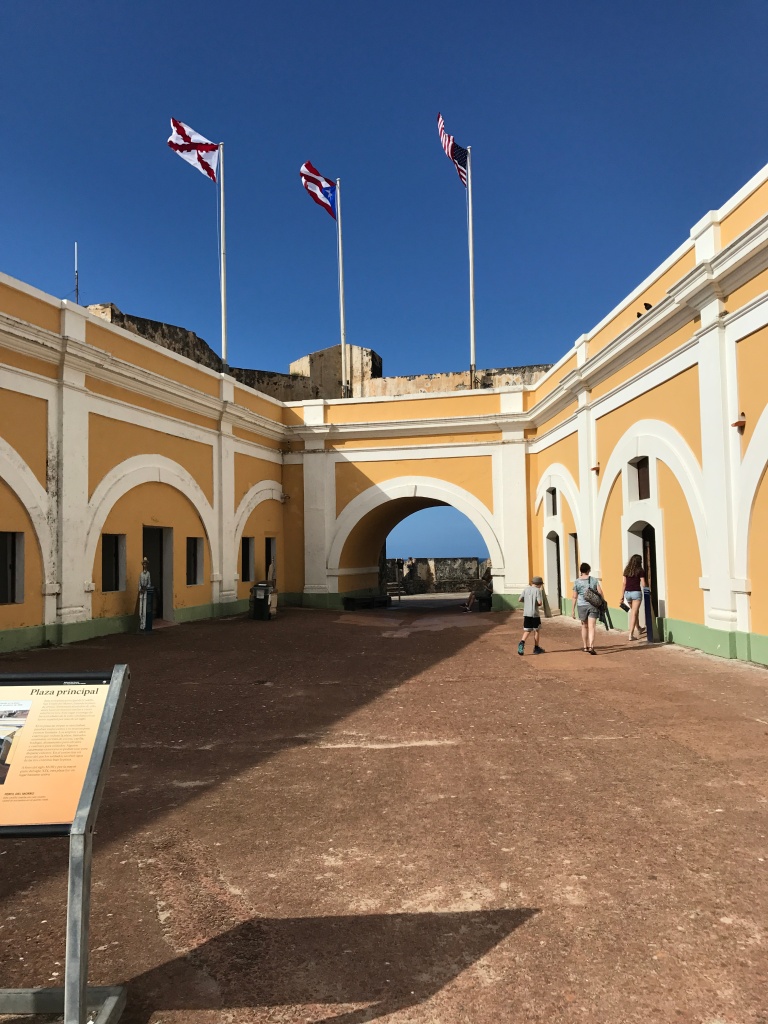 I know that Puerto Rico is a United States territory, but to me it felt like taking an international trip.  In a lot of ways Puerto Rico feels like another country, with the four hour flight, language differences, and new cultural experiences.  My friends and I stayed in an Airbnb in the Calle Loiza neighborhood of San Juan.  Calle Loiza is the “hipster neighborhood” of San Juan.  Our hosts were incredibly hospitable.  One of our hosts even came over to check on us one afternoon when the power went out in our part of San Juan, and asked us if we needed candles or anything else.  We didn’t get the chance to talk to too many locals aside from our hosts and Uber drivers, but I still think staying in an Airbnb was a good way to get a feel for local life in San Juan. We probably had a different experience than people who stayed in a resort, but I liked the trip we took.

Tourism is the main industry in Puerto Rico, and outside the tourist-y zones, the country was poorer than I expected it to be.  One of my friends commented that middle class in Puerto Rico is probably very different from middle class on the mainland. I think because I knew P.R. was a U.S. territory, I was expecting it to feel similar to the rest of the country, and I actually had a bit of culture shock during the trip. Now, that being said, at no point did I ever feel unsafe in Puerto Rico. Everyone we talked to was extremely helpful, and the language barrier wasn’t an issue because most people, especially in San Juan and on guided tours, spoke English.  Most people would start conversations in English with us because we obviously looked like tourists.  Pics below: driving through El Yunque. 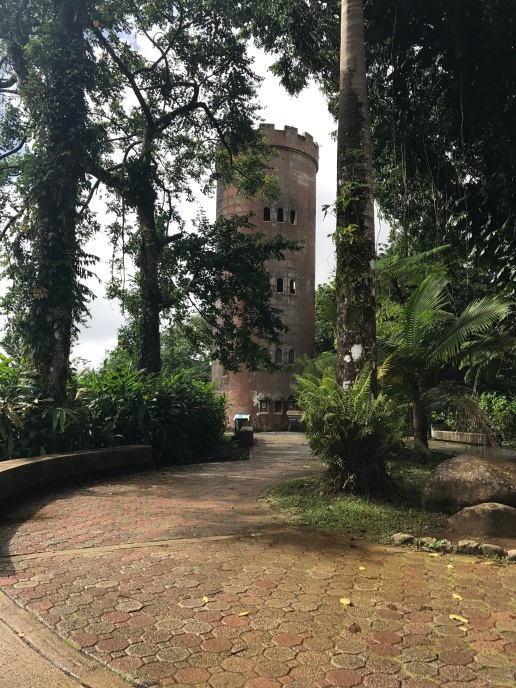 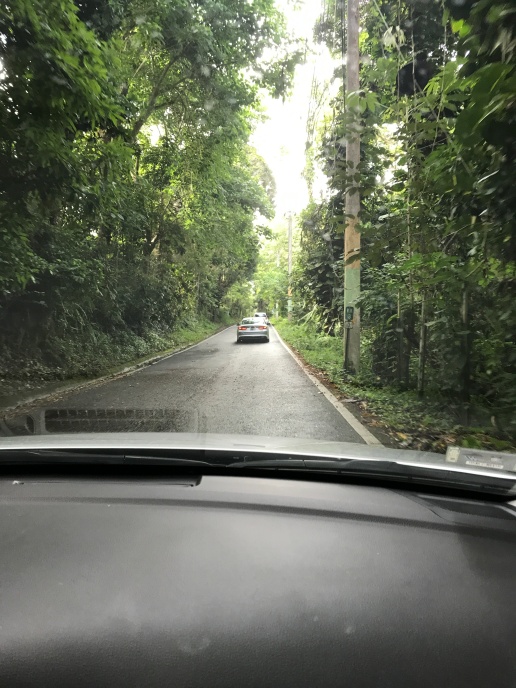 It was interesting to see the way the area where we were staying was beginning to be gentrified. Upscale boutiques the likes of which you would see on the North side of Chicago, staffed by millennials in fashionable clothing, stood next door to older, more run down shops and bars that looked like they had been there for decades. I wonder how the people in the neighborhood feel about that? It was an interesting process to see in action, and made me reflect on the ways economies change.

I was surprised by just HOW hot it was when we were there. The first few days I was drinking water constantly.  I think though, that part of the reason it felt so hot was that we were outside for most of the day. I’m hoping though that the hot weather I experienced will help train me for Taiwan! 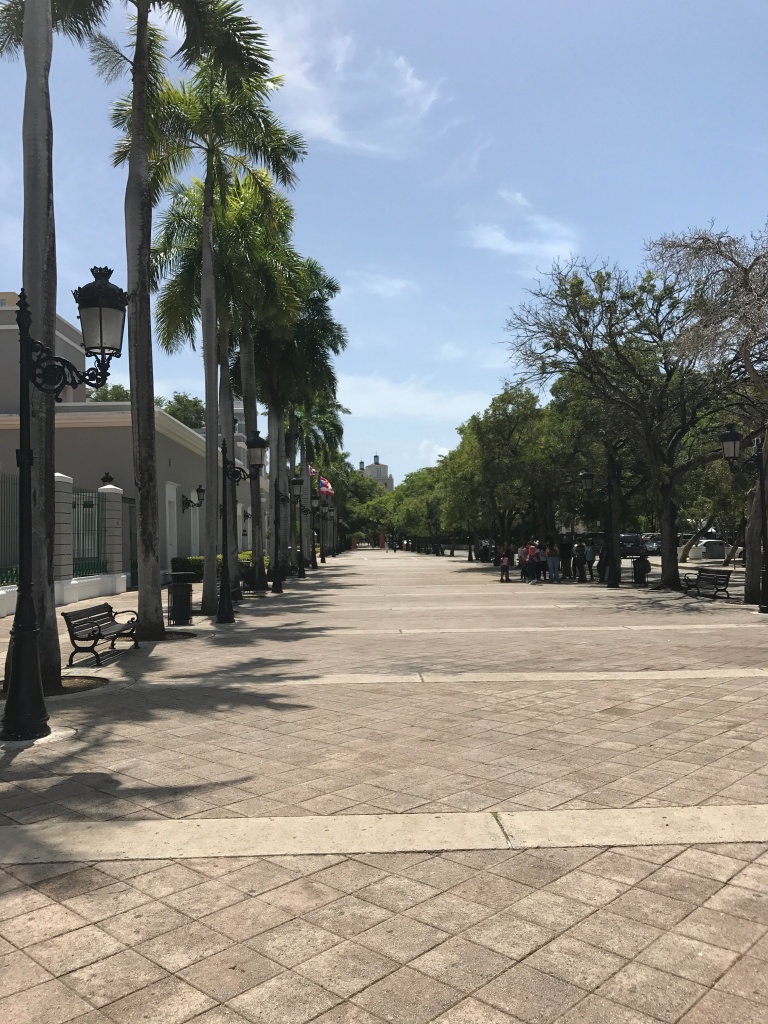 Also, driving in Puerto Rico is crazy! We rented a car (complete with the under 25 driver fee), and because I chickened out, our friend Michael had to drive the entire time.  We drove on roads with two-lane traffic that were clearly not wide enough for two cars, went up and down steep hills in the dark, and once had to get out of the way of a semi-truck that was so filled with material that the side of the truck was starting to buckle outward. That being said, I think if you have a willing driver, renting a car is a great way to see the island! There’s not much public transport besides Uber that we noticed, so renting a car was a really good option for us, because we wanted to take day trips.

They say that there are no rules on the road as long as you don’t hit anyone (true), although it also seemed like hitting people wasn’t a huge deal, because we saw a lot of cars with dents in them. Thankfully, we managed to return the rental car in one piece and dent free. 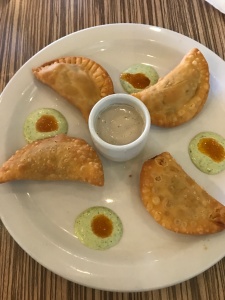 Empanadas. Because they’re delicious, that’s why.

We had a few beach days and also did day trips. My favorite thing we did was definitely the bio-luminescent bay tour in Fajardo.  At night, the water lights up blue because of bacteria that react when the water is disturbed. We paddled from the oceanfront through a river in a mangrove forest to an inland lake where we watched the sunset, and then paddled back in the dark as we saw the bacteria light up.

Other highlights included eating at Pinky’s breakfast cafe, going to the San Felipe del Morro Fort, hiking La Mina Trail in El Yunque, and seeing the Arecibo Observatory. One night we went to La Placita, an outdoor area with bars and clubs, that seemed to be filled with locals and tourists alike.

Puerto Rico was a great experience, and now I’m looking forward to my next adventure (Taiwan!).

Below: Old San Juan showing off. 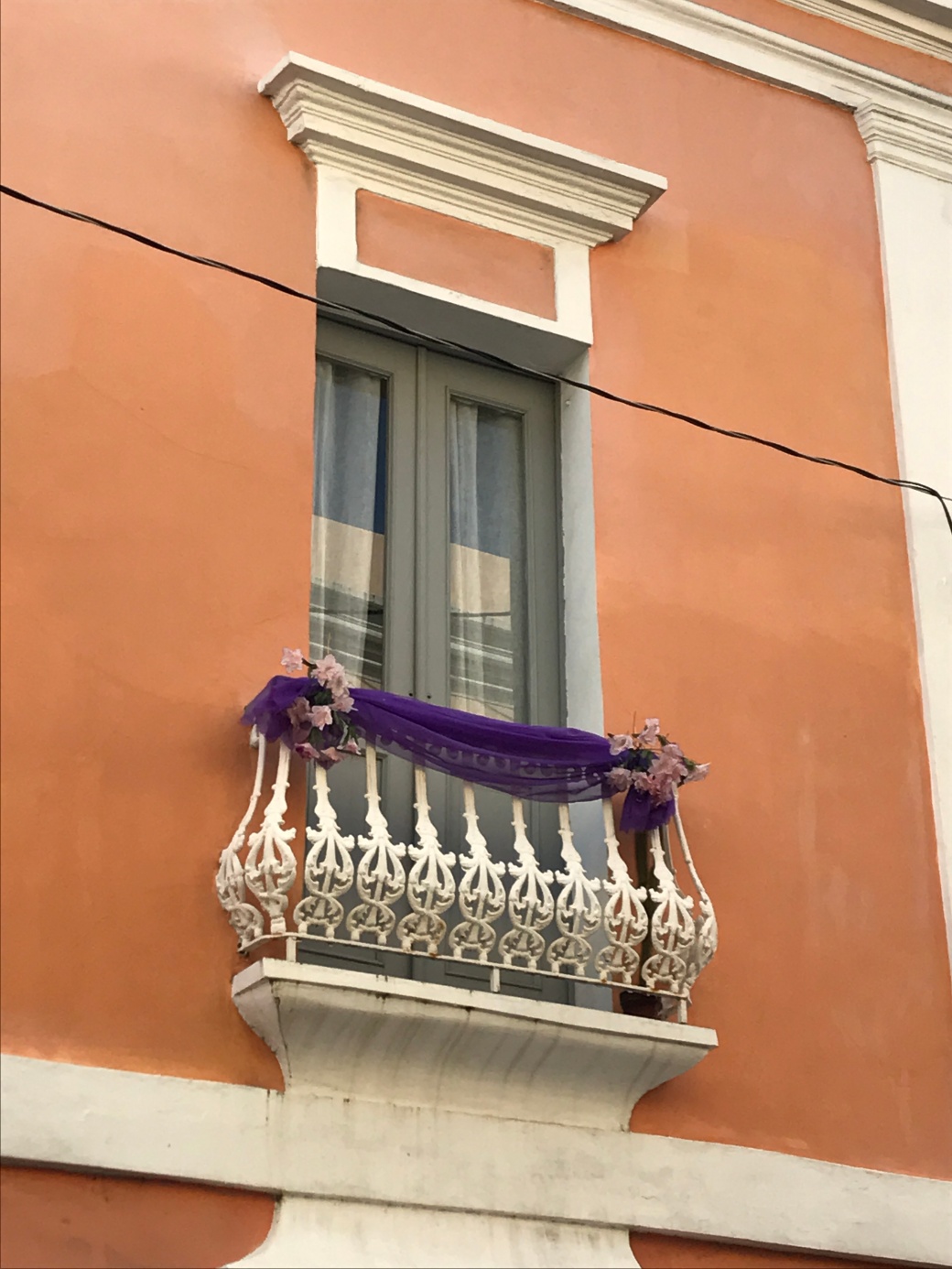 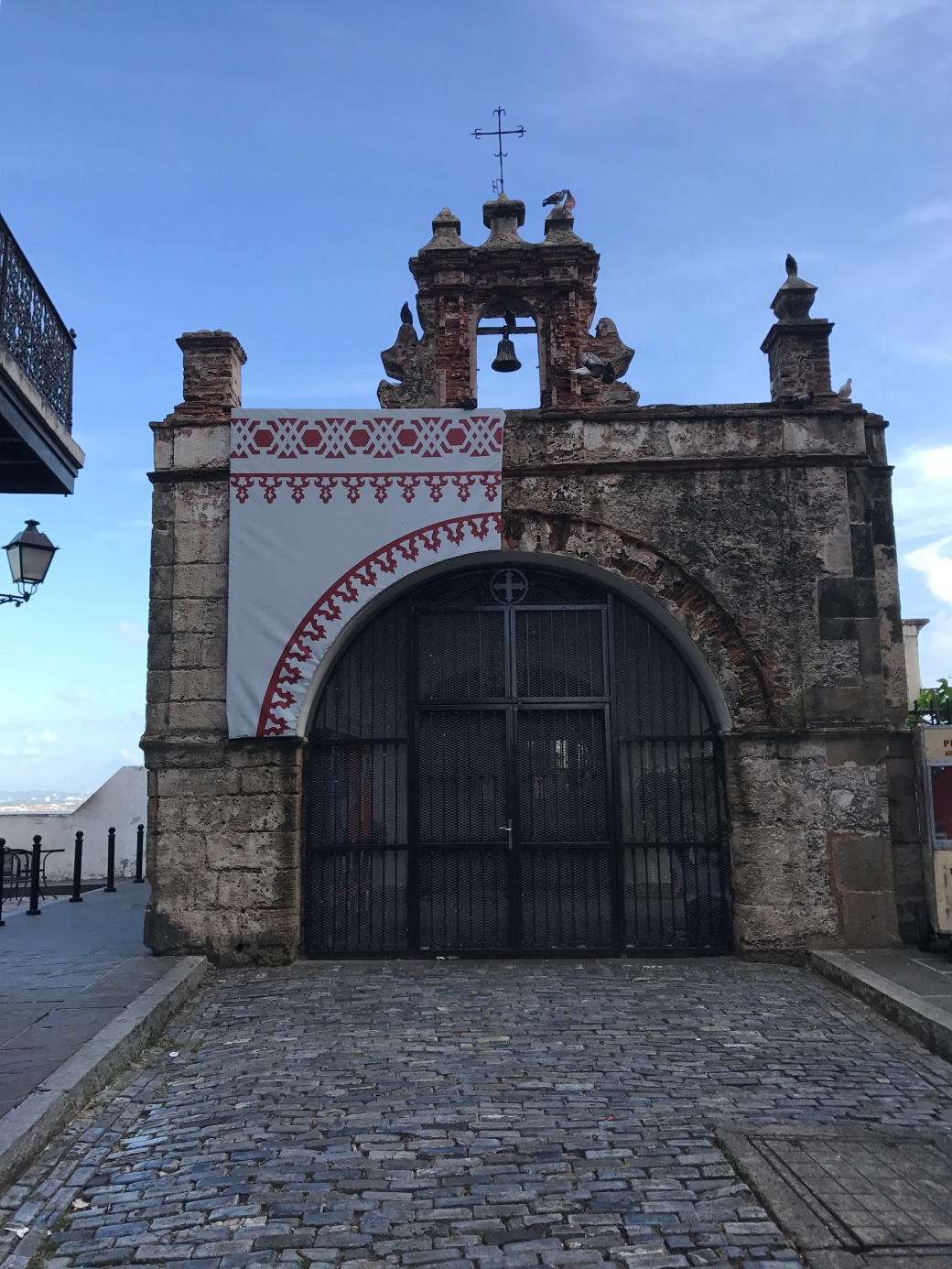 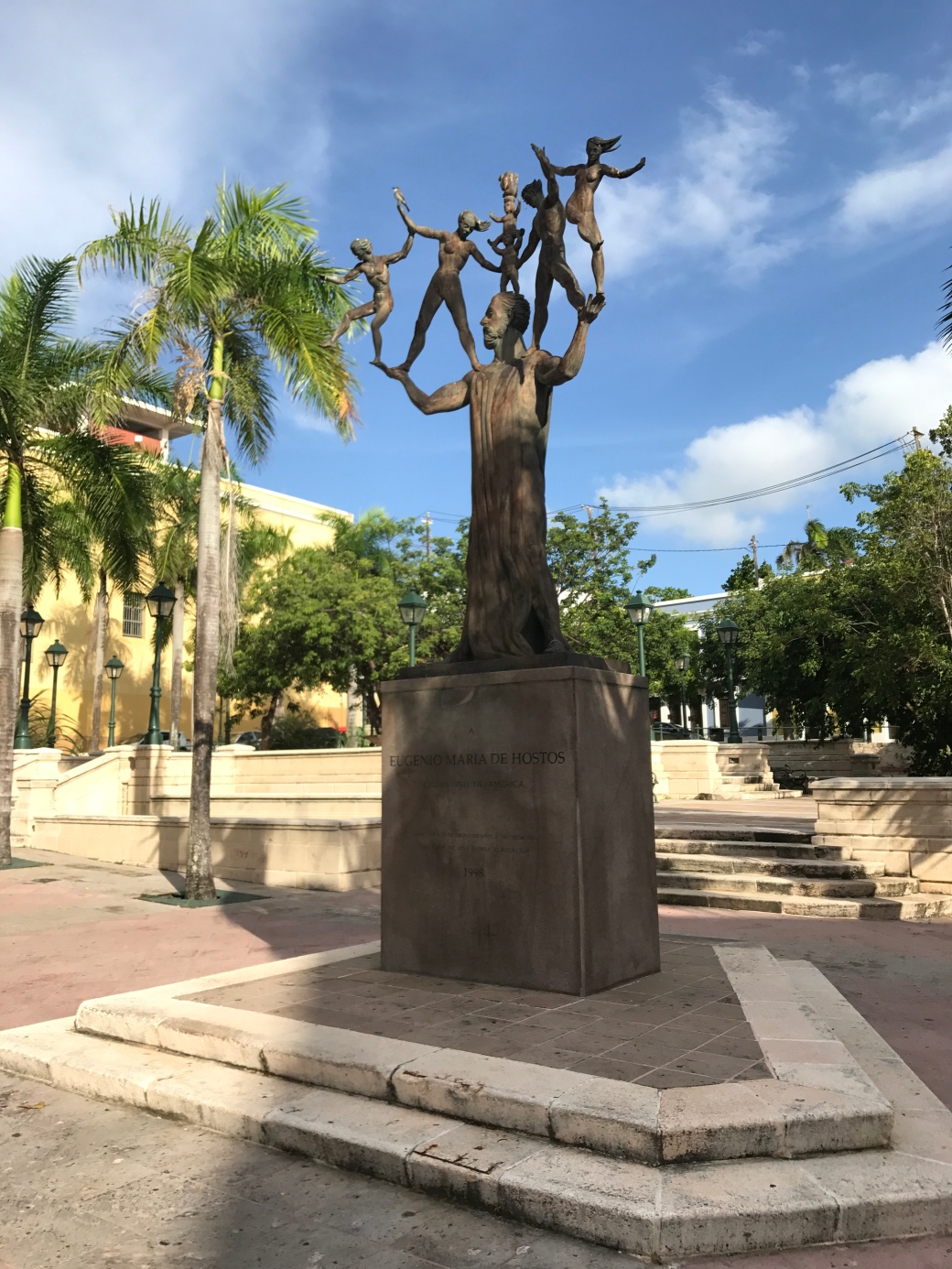